It’s common knowledge that males do not live as long as female tarantulas. If your male just hooked out, then you may be wondering how much time you have left with him.

The amount of time that a male tarantula will live after his maturing molt will vary depending on if he is interested in food, whether he has access to fresh water, if he gets stuck in subsequent molt attempts, how stressed he gets pacing his enclosure, and if he is exposed to the risks of mating. In general, most mature males only live 1-3 years after their ultimate molt.

Do male tarantulas really die as quickly as people say they do?

Some males really do have a super short life span. For example, the males of fast-growing arboreal genera, such as Psalmopoeus, Tapinauchenius, and Poecilotheria, are expected to live less than four years.

One-to-four years is a far cry from the decade or longer life spans of some females. For some people, this isn’t necessarily a downside as having a spider for a pet for 20 years or more may not be everyone’s cup of tea.

Why do male tarantulas have a short lifespan?

Aside from the standard answers, such as their only purpose is to mate and they waste a lot of energy pacing, there is actually a biological reason why scientists think that males live considerably shorter lifespans.

In a study done on Brachypelma albopilosa, researchers found that not only do females have less oxidative damages to their hemolymph immune cells than males after maturing, but they also have better protection against oxidative attacks.

On the other hand, researchers found that mature males had increased mitochondrial superoxide production and their hemolymph immune cells were not able to defend as effectively against oxidative stress. You can find a link to the study below in the resources section if you want to read through it.

What is the average life of a male tarantula from sling to maturity?

Different tarantula species have different life expectancies. Some male tarantulas, such as those from the genera Aphonopelma and Grammastola, will live approximately a decade. Other species are much quicker to mature. For example, males from the genera Psalmopoeus and Poecilotheria only have a life expectancy of 3-4 years. It would be safe to say that most male tarantulas will live ten years or less.

Can you prolong the lifespan of a mature male?

A disinterest in food is completely normal for a mature male tarantula, which can mean that he may only accept food every few weeks. I continue to offer my mature males food on the same schedule as everyone else, and just remove uneaten feeders within a few hours if they refuse the meal so that they don’t get stressed.

Water is the most important part of extending a male’s life span, and it’s incredibly important to make sure that they have access to water at all times. Although most of my mature males have ignored food to point of their abdomen shrinking considerably, none of them have ever refused a drink from a water dish.

Is my male going to die after making a sperm web?

Making sperm webs is not what kills a male tarantula, so just enjoy watching the fascinating behavior! A male tarantula will make multiple sperm webs in the months following his maturing molt, although, you may not see them because he will tear them down when he is finished loading his palps.

Can a male tarantula live longer than his ultimate molt?

The ultimate molt, the molt where a male tarantula reaches maturity, is often the last time that an adult male will successfully molt. That being said, it is not unheard of for mature males to successfully molt again after their ultimate molt. If a male does not get stuck in subsequent molts because of his enlarged palps, you may find that he will lose one or both of his pedipalps (and sometimes a leg or two).

You can tell if your tarantula has gone through his maturing molt when you see enlarged, bulbous “boxing gloves” on the end of his pedipalps. Males of some species will also have tibial hooks on their front legs. Although all males will have the “boxing gloves” on the end of their pedipalps, not all males will have tibial hooks.

Does mating kill the male?

The actual act of mating will not automatically kill a male tarantula – he can potentially go on to live another few years. However, it is not uncommon for females to eat the male, which is why you have to be ready to intervene if you choose to breed. Not allowing him to mate would be the safer option to take if you want to make sure that your male has the ability to live as long as possible.

Male tarantulas tend to get a bad reputation on forums with many keepers encouraging newcomers to avoid buying male specimens when possible. This usually boils down to their short life span and less robust or attractive appearance.

Although some of that reputation is warranted, immature males are still just as rewarding to keep as their female counterparts. Although I wouldn’t personally go out of my way to buy an adult male if I wasn’t interested in breeding him, ending up with a male isn’t the worst thing that can happen – you can always trade him or loan him out for breeding to get a few additional spiderlings to raise if you want to try for a female.

There are quite a few anecdotal reports on tarantula forums of males that have been able to live for several years past their ultimate molt. Access to fresh water is the most crucial aspect of keeping a mature male alive, so make sure that you keep a water dish available at all times. 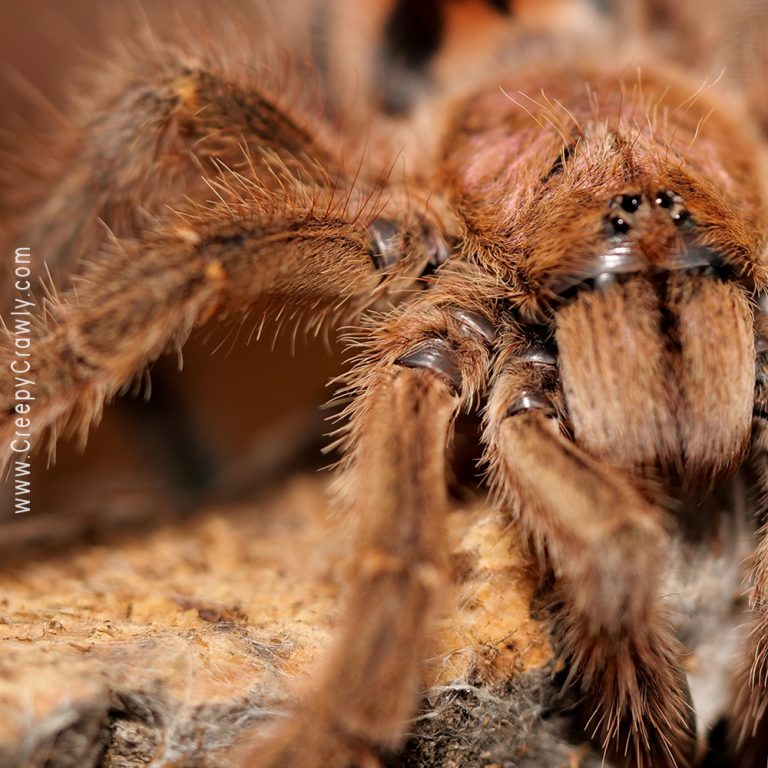